Ed Todd has really put the work in on this one! He even provided a photo from the day he first brought the ‘Vette home to Prospect, KY, over 40 years ago. What a transformation!

I found the ‘59 setting in a back yard in Berea, KY in 1980 – it was completely disassembled and the victim of a butcher job drag racer. It had BBC mounts welded in, the tunnel butchered, no engine or transmission, and the wrong rear axle assembly! But it did have a solid frame, interior remnants, and both tops.

After a year or so, I found most of the missing pieces and had it mechanically pieced together. In 1980, there were very few reproduction parts and none were in the scrap yards, I looked for and found parts in a lotta unlikely places!

I found and built the .030 over bored 283 to the specs of the optional 270 hp, i.e. domed pistons, solid lifter Duntov cam, Power Pack heads, dual point distributer, and the 2 – 4 bbl. Intake. Nothing sweeter than a little solid lifter SBC spinning at 6,000 +!

I also rebuilt the rear 4:11 posi and added an M21 Muncie and Hurst in between. I have since replaced the Muncie with a T5 5 speed overdrive to keep the 4:11’s still be able to keep up with highway traffic.

After a lot of fiberglass massaging, I had it painted the original Frost Blue with good old school Acrylic Lacquer, now 41 years old (as of 2022). Recently, I added the Torque Thrusts and Tiger Paws.

Click/select any image to enlarge and scroll through the gallery. 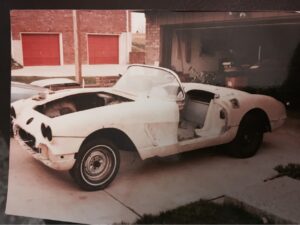 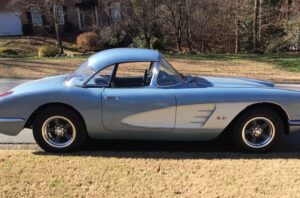 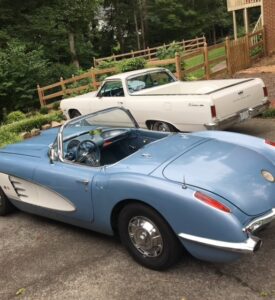 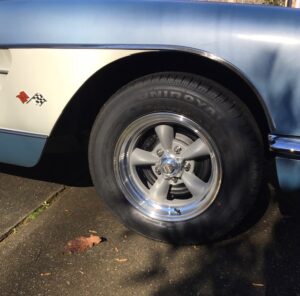 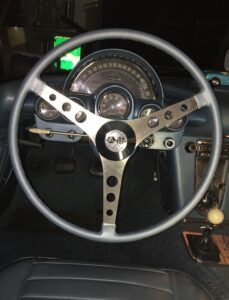 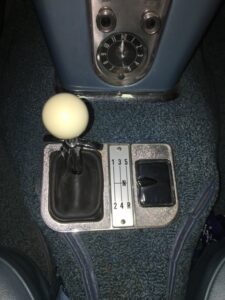