Jon received his Sierra/Adobe Beige 1956 in 1996 as a retirement gift from his wife, Dee. She found the exact color of the ’56 Chevy Jon owned when they were dating in 1959. Dee managed to hide the car from Jon for a year prior to his retirement. Jon’s Chevy was restored in 1986 by Dean Kirkpartick in South Carolina.
Jon has taken top awards and trophies for the past 15 years while attending Chevy conventions and shows in Nashville and Pigeon Forge.

Click/select any image to enlarge and scroll through the gallery. 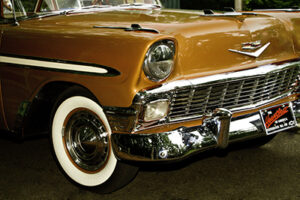 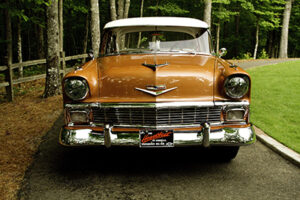 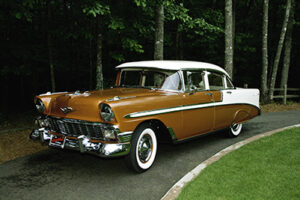 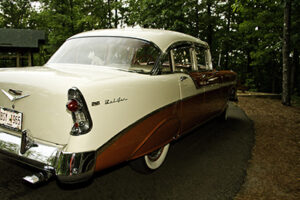 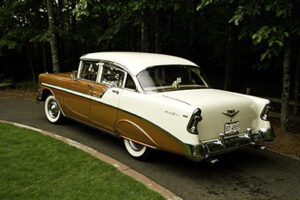 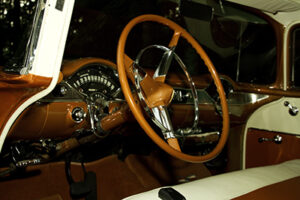 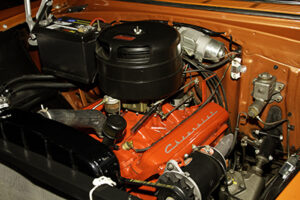 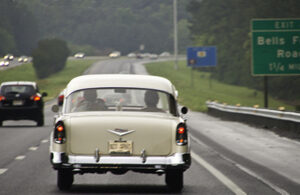